The crypto community, by and large, is focused on Bitcoin. The blockchain-powered currency has dominated headlines over the past year as its value skyrocketed thanks to a frenzy of interest in cryptocurrencies and speculation around their potential future value.

The “bitcoin volatility” is a problem that has been present for a while. Pomp believes we are thinking about Bitcoin in the wrong way, and that it should be viewed as an asset rather than a currency. 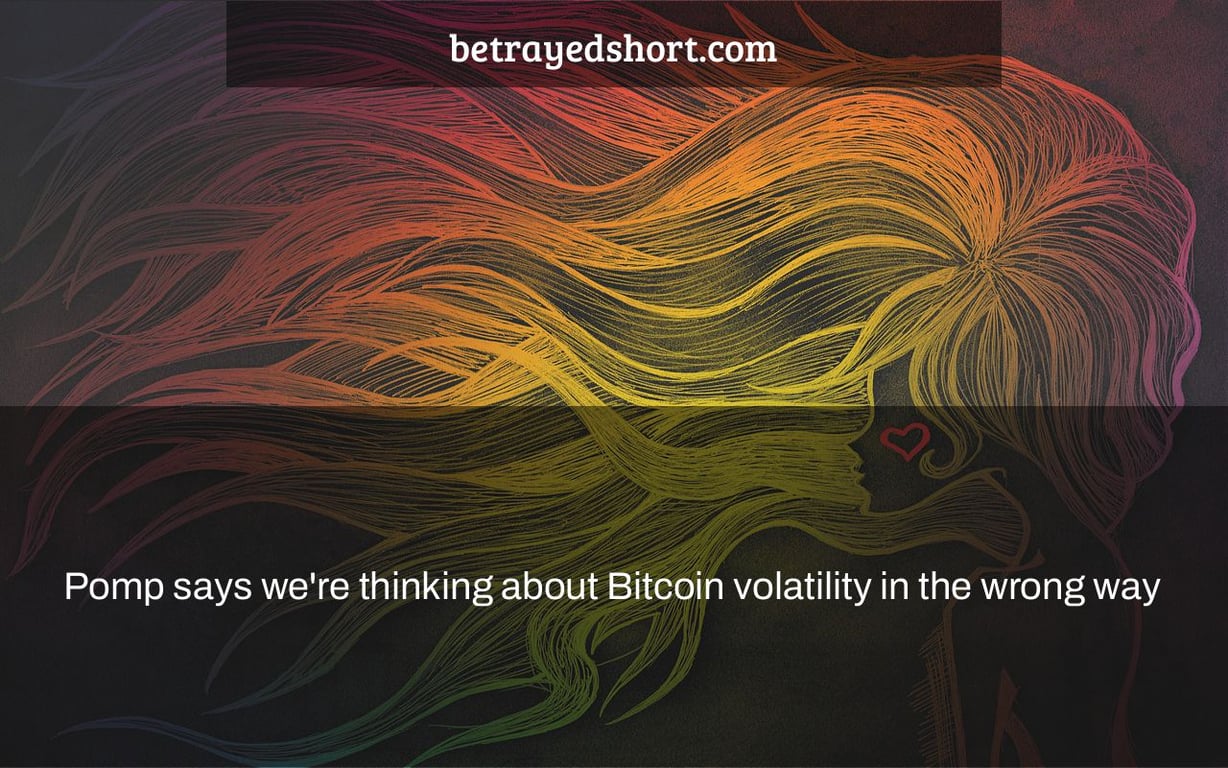 Pompliano made the remark in response to a query from CNBC’s Squawk Box anchor Joe Kernen on whether Bitcoin volatility is useful. Kernen inquired whether investors want stability to the point that $BTC may be used as a payment asset.

To summarize, Pompliano reframed Kernen’s question to show a misunderstanding on how to measure the top cryptocurrency in dollars.

There’s no doubt about that. Bitcoin is a very volatile currency.

Pompliano quickly responded to Kernen’s inquiry about the influence of volatility on usability by stating that volatility is not necessarily undesirable since enjoying it relies on the position maintained. Positions may, and do, shift.

However, Pompliano agreed that Bitcoin has always been quite volatile in terms of US dollars. He went on to say that during the previous two years, there have been multiple major declines.

Regardless, the problem is that volatility is expressed in dollars. Using dollars to assess Bitcoin volatility is also problematic since dollars are a depreciating and extremely fluctuating asset.

Measuring in dollars is deceptive.

Part of the reason people ignore this is because dollars (or fiat currency in general) are always present in our daily lives.

“The dollar is also quite volatile. We just don’t consider it since all of our products and services are priced in dollars.”

Pompliano claims that the situation is made worse by the fact that 40% of all dollars in circulation were produced in the past 18-24 months. Since the start of the health-care crisis, the dollar has been losing value “at an extraordinary pace.”

According to a Tech Startups story, 80 percent of all currencies have been produced since January 2020. As a result, currency depreciation seems to be considerably worse than Pompliano depicted.

For the reasons stated above, the dollar is an inadequate unit of measurement for Bitcoin volatility.

Pompliano claims to conceive about his purchases in $BTC terms while going about his business, despite the fact that products and services are seldom priced in Bitcoin.