After a short tussle, Elon Musk revealed on Twitter why he prefers DOGE over BTC. The explanation made sense, with the CEO of Tesla and SpaceX saying “Dogecoin has some real value.”

Elon Musk has revealed why he prefers DOGE over BTC. He claims that the cryptocurrency is better for payments and transfers due to its faster transaction times. 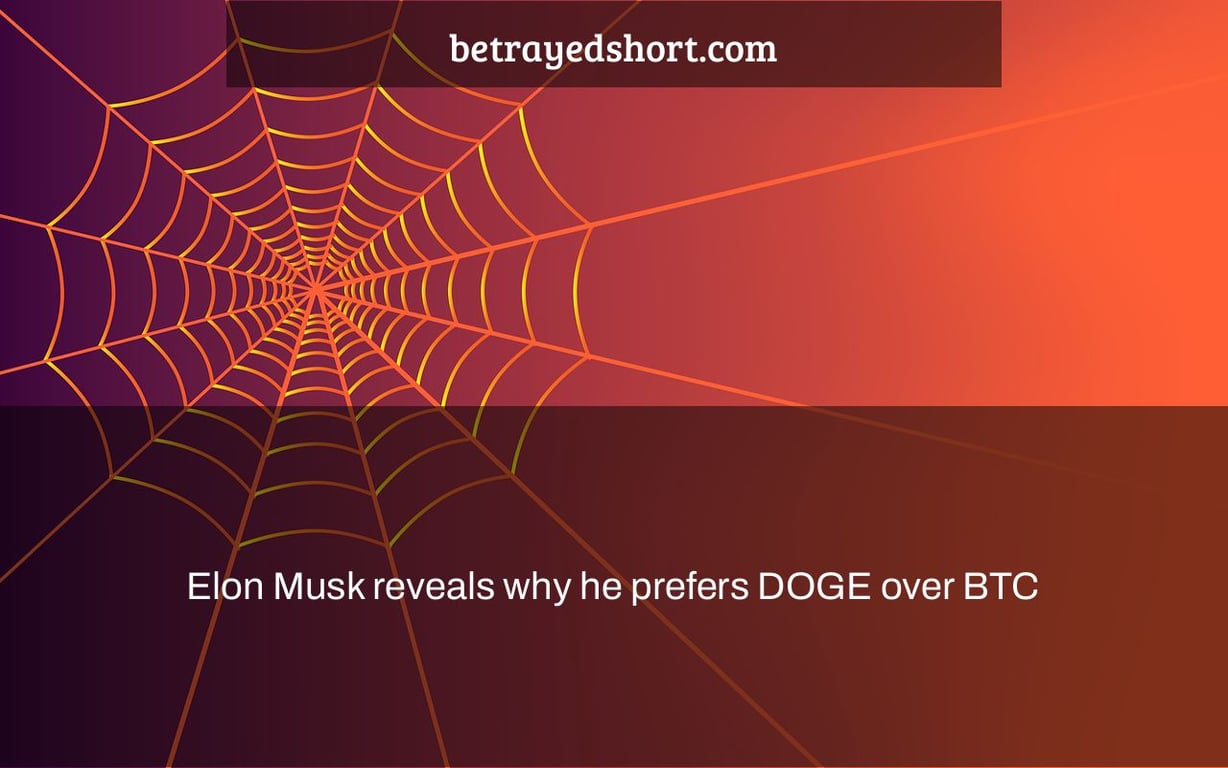 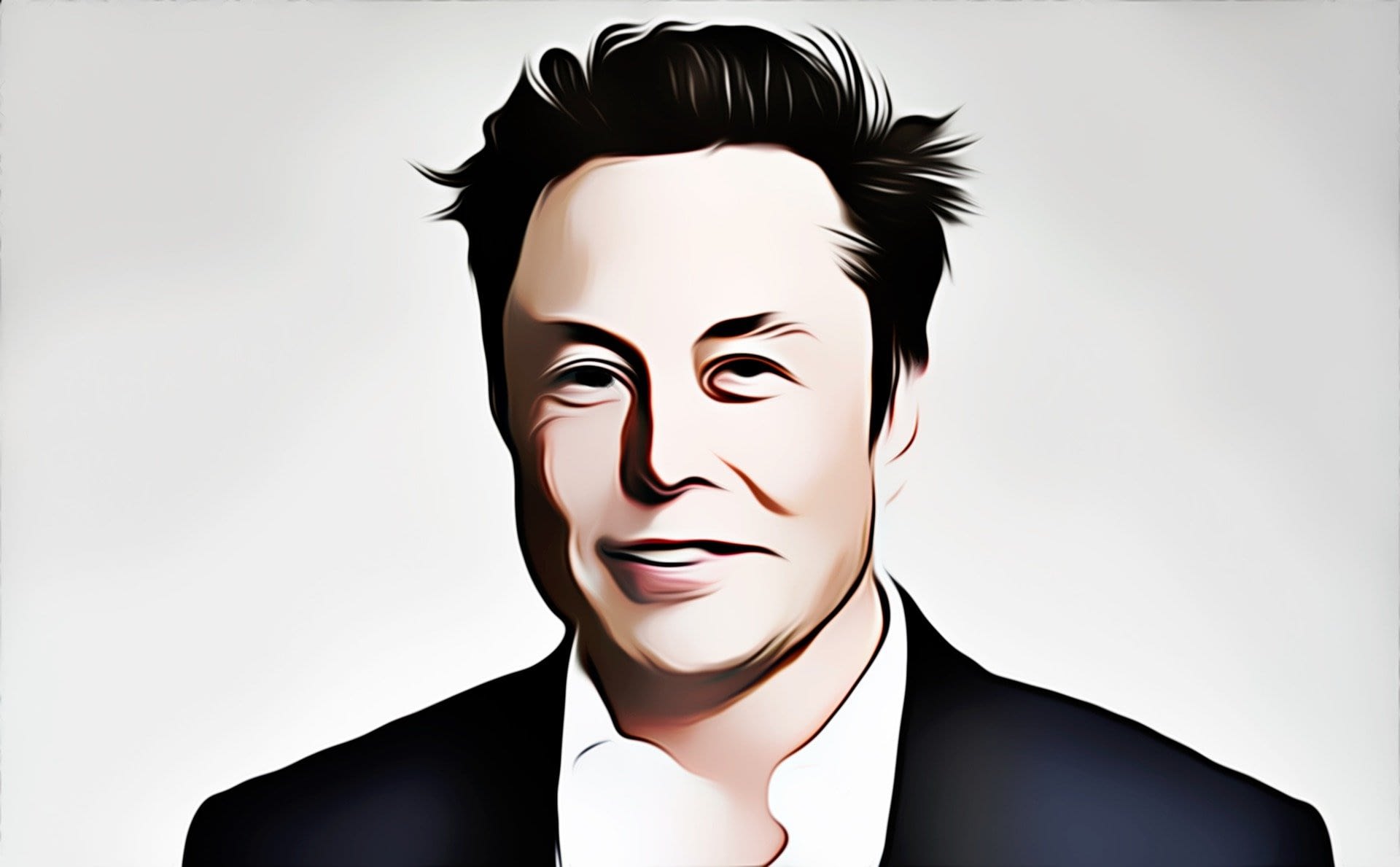 Elon Musk, the CEO of Tesla and SpaceX, is expected to have a significant effect on the cryptocurrency market in 2021. For years, Musk has teased the crypto community with tweets suggesting Bitcoin, Ethereum, and Dogecoin. In 2021, however, he allowed himself to get much more active in the crypto sector, which resulted in Dogecoin soaring to become one of the biggest currencies by market value and one of the greatest performers of the first half of 2021.

Of course, Musk’s influence over DOGE was not the only element in the coin’s meteoric rise this year, and although his contribution is significant — maybe the flame that ignited it all — he is just one of several variables that pushed DOGE to new heights. Many in the cryptocurrency community have been asking why Musk chose DOGE over Bitcoin for quite some time.

Dogecoin is a cryptocurrency that was created by the people for the people.

Musk appeared on the Lex Fridman Podcast #252, where he discussed a variety of topics, including SpaceX and human spaceflight, starships, his thought process and the concept of humans on Mars, Mars colonization and forms of government on another planet, wormholes, Tesla’s electric and self-driving cars, and, of course, cryptocurrencies.

During the cryptocurrency conversation, he said that Dogecoin is the “people’s coin,” which might be one of the most compelling reasons for his enthusiasm. As a result, Musk has incorporated DOGE into many elements of his company and future ambitions, including travelling to space and planting Dogecoin on the moon.

When asked whether he would utilize DOGE as the official currency of a civilization constructed on Mars, he said that owing to the immense distance between the planets and the limits imposed by the speed of light, it would be difficult to synchronize its currency with any Earth-bound system.

He went on to say that he thinks cryptography is an excellent way to “reduce the error in the database called money.”

Musk explained why he feels Dogecoin has worth, despite the fact that it was established as a joke, by stating that it has a significantly larger transaction volume capacity than Bitcoin. Aside from that, transaction costs are much cheaper.

Between the debut of Bitcoin in 2009 and the release of DOGE in 2013, internet connections have gone a long way, according to Musk. Because the internet was not as good in 2008/2009, extended synchronization times and tiny block sizes were necessary.

However, it has been 13 years since the inception of Bitcoin, and the price is now “comically low.” He also thinks Bitcoin isn’t the ideal cryptocurrency for making payments, and one of its finest qualities is also one of its worst. Because of increased knowledge and use, as well as limited supply, the value of BTC is likely to rise over time. However, if everyone understands that the coin’s value will rise, there will be a reluctance to spend it.

Dogecoin, on the other hand, has no limit on how much it can be mined, and it may be mined forever. As a result, it encourages individuals to utilize it immediately away. And, although he does not feel this is the optimum position for a currency, he does believe it is preferable than Bitcoin.

Visit our Investing in Dogecoin article to learn more about this cryptocurrency.

The “dogecoin news” is a cryptocurrency that has been increasing in popularity. Elon Musk, CEO of Tesla and SpaceX, revealed why he prefers DOGE over BTC.

5 ways derivatives could change the cryptocurrency sector in 2022